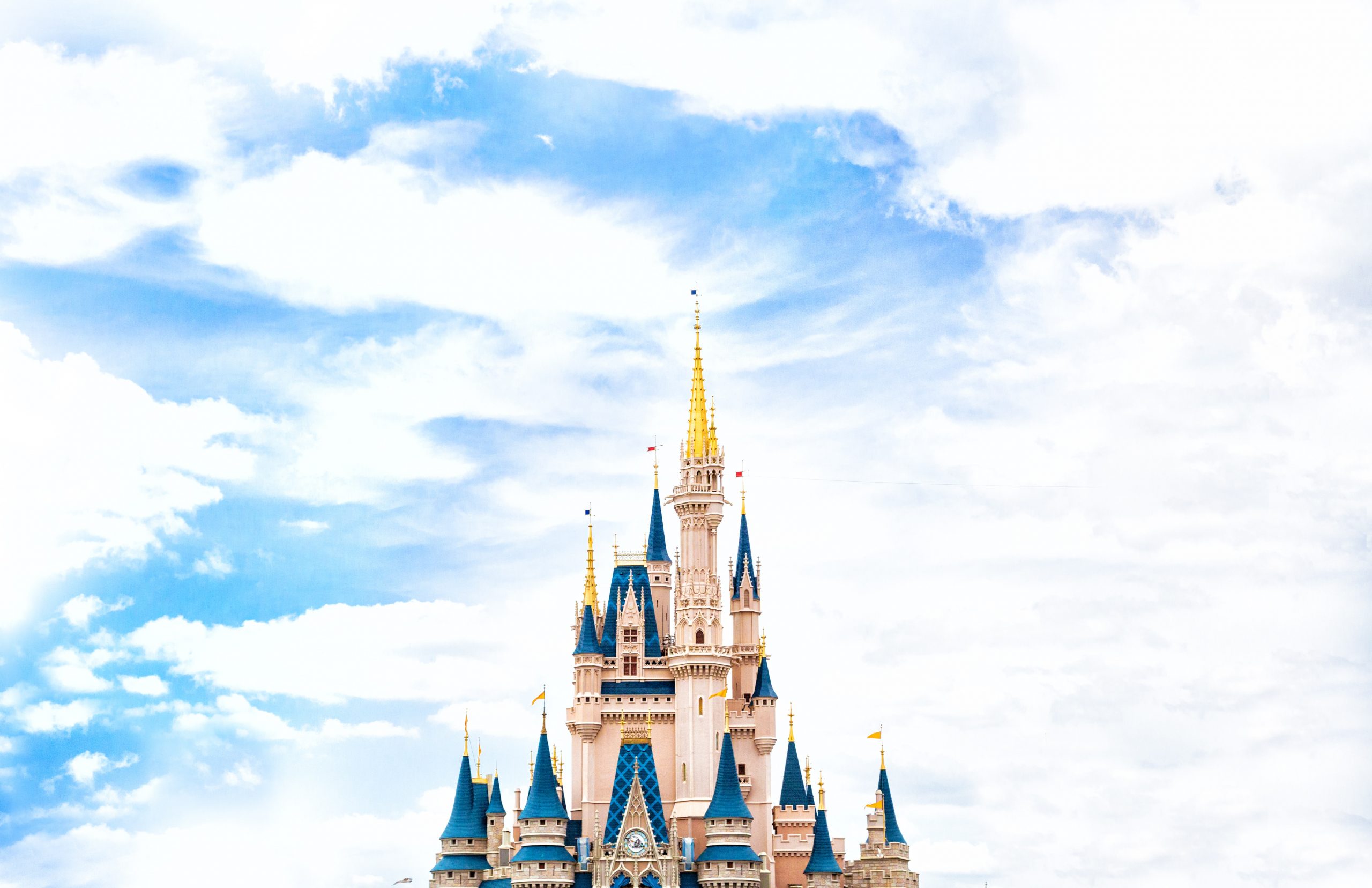 For Disney lovers everywhere, let me just say: avert your eyes. I’m gonna keep this REAL and to the point: Disney World has LOST it’s magic. Disney World is not a place where dreams come true—it’s a place where every parenting instinct will be tested, your pocketbook will be pushed to the brink, and the very idea of relaxation will elude you. If you’re planning a trip to Disney World in 2020, you may want to rethink your decision.

Disney World is not for the faint of heart.

A trip to Disney World in 2020 may not be for your family if you have kids under 10.

6 Reasons Disney Has Lost Its Magic

Disney World may have once been a place where magic happens, but in 2020 this behemoth doesn’t have the happiness of parents and young children in focus. Which, ultimately, is just SAD.

In my most recent trip to Disney World (beginning January 1, 2020), I saw the wretched underbelly of the corporate monster that is Disney, and it was crazy-town.

Here is a warning to all moms with kids under 10: be aware of the following issues at Disney before you pay the (rather steep) price!

Reason #1: Getting Up Before the Sun ISN’T Magical

I’m going to keep this as concise as possible—if you’re planning to go to Star Wars Galaxy’s Edge or Animal Kingdom then you’re likely going to have to get up before the sun to even have a fighting chance at riding the latest attractions.

I get up at 5ish pretty much every day, so this in and of itself wasn’t the worst part for me—it was getting my kids up, ready, and everything prepped before heading out to catch the bus (or UBER) to the parks.

After a long drive or flight to Disney, waking up like this day after day definitely takes it toll on EVERYONE. Expect mid-day crashes by all parties (including you).

OMG. Star Wars Galaxy’s Edge is a nightmare. It starts early—with crazy fighting crowds to even get in the gates for access to boarding passes. Then, it continues on as you wait forever-and-a-day for just a chance to get on the rides in that part of the park.

We couldn’t even attempt to take our 5 & 7 year olds on to the Millennium Falcon: Smuggler’s Run ride due to the 2 hour wait starting at 6AM, which eventually increased to almost 4 hours as the morning went on….4 HOURS! Seriously.

But, Toy Story Land is JUST as bad (well, almost). Two hours for Slinky Dog Dash??? We got “lucky” with just over an hour with our boys (because we were with the crazies who got their at the freaking butt-crack of dawn).

That said, EVERY ride from then on was AT LEAST an hour (without a Fastpass). FYI: this includes just meeting the characters that your kids are dying to hug! Cinderella isn’t gonna meet your kiddo on the stairs in the hotel like in the commercial. Your little princess is gonna have to wait 1-2 hours just to get a pic!

Reason #3: Burning Out Before Your Fastpasses ISN’T Magical

You pay all this money to stay at a resort to get the fastpass access, but the benefit is a mixed bag.

First, even if you are adding fastpasses as soon as you are physically able to do so, it is a total crap shoot as to WHAT you’ll get and WHEN you’ll get it. Sidebar: newest rides are often NOT fastpass-able (if that’s a word).

The result is that you may end up with fastpasses throughout the morning and afternoon, which may not seem bad at first glance. But, when you’ve been at the park since 6AM with young children…2PM comes in HOT!

Your afternoon fast passes are useless if the wheels fall off before you get to use them.

Reason #4: A Lack of Playgrounds at Disney ISN’T Magical

This complaint is specifically pointed to the Hollywood Studios park. Let me give you our timeline with our 5 & 7 year olds, and you’ll understand immediately.

This was our first big dilemma in the park. We spent 3+ hours getting up, getting TO the park, and getting IN the park, and waiting in line for a 1 minute ride.

Afterwards, everyone was happy and energized with nowhere to go! The kids didn’t want to go wait in another line for another HOUR, but that’s ALL there was to do! Everything had a line–characters, rides, and lines to get in to see the other areas of the park.

We (of course) tried to make our way to hang out in Star Wars Land, but it was C-H-A-O-S.

The kids just wanted to play. But, there was NOTHING for them to do. It was a real eye opening moment. We were standing in the middle of a giant park with nothing for our kids to do. CRAY. I mean, whose kids can wait for HOURS at a time (multiple times a day) without going totally ape shit? Not smart.

The biggest PARK in the world with nowhere for kids to play is a MASSIVE oversight.

If you haven’t done the child swap at either Disney World or Universal Studios, then let me break it down for you. It’s easier to see how it should be done when you compare the two. (Let’s do this assuming you’ve got a fastpass for the ride—or express pass at Universal).

Process at Disney: The riding parent enters the “fastpass” entrance and waits in the “short” line, rides the ride & searches for the other parent to grab the little and swap out. Assuming you can find your spouse in the crowd, the now-riding parent has to go BACK through the fast pass “short” line and wait for a turn. Then, after riding has to meet back up with their spouse and kid (wherever they are).

Process at Universal: The family goes through the express pass “short” line together & right before hoping on the ride there’s a waiting room for rider swap folks. There are benches, AC & usually a cartoon playing on a TV. When the riding spouse is done, they go to the waiting room and swap out. No searching. No extra line to wait in—just hop on the next spot and go!

You can lose up to an hour or MORE doing things Disney’s way with their Child Swap. So, basically, it can take 2 hours for both riders to ride one ride. Um….isn’t that like not having a fast pass & just doing it together in standby?

Above all else, what I missed during this trip—granted it was during the high season—was just stopping and taking it all in. There wasn’t anywhere to stop and enjoy the moment. And, forget about finding the hidden Mickeys–no way!

If you stop moving, then you’re 100% in someone else’s way. Sitting on the sides of buildings on the ground were usually the only places available for sitting at ALL. It was a mess.

Plus, there are endless lines for ALL things. Bathrooms, food, shopping, etc. It’s exhausting. It’s aggravating. It’s a lot of things, but it’s not magical.

Is Disney World Worth the Fuss?

This may surprise you…Ultimately, for us, it was worth the fuss–for ONE reason. My mother passed away this year, and this trip was a reboot for all of us (grandpa included). If we had any shot at making new (fun) memories without her, then surely the most magical place on earth would be our best bet.

We screamed our heads off, laughed so hard we peed just a little, and we saw some surreal other worldly things together as a family. So, despite the lack of magic, we did make memories that will last forever.

And, those memories are gonna have to last forever because I’m not going back there again. Ever.

If Disney wants any more of my business, they’re gonna have to give me a pretty good reason to come back—and it’s not another new ride with the same old 2+hour wait. I don’t care how cool it is.

No thanks, I can experience that kind of frustration and burn out by taking my kids on shopping errands all day or 10 hour road trips.

If you’re planning on visiting Disney World in 2020, I hope this gives you some food for thought before you pull the trigger.

Want to remember this? Post 6 Reasons Disney World Has Lost Its Magic to your favorite Pinterest Board!

5 Ways to Keep Your Family Focused on Gratitude this Ho... 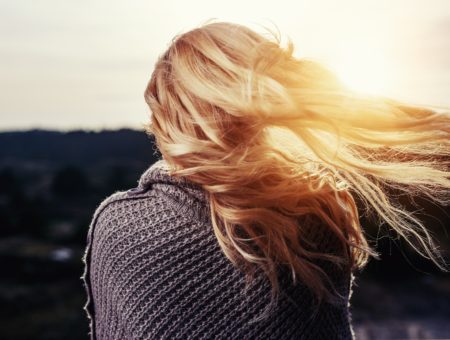 Mental Load: The Reason You Resent Your Husband 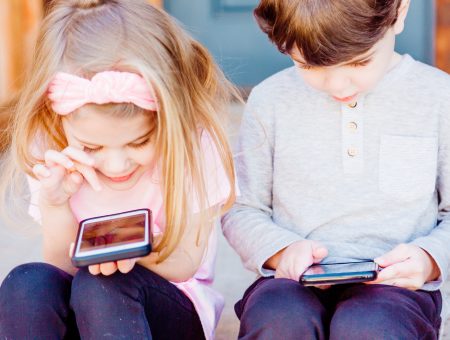