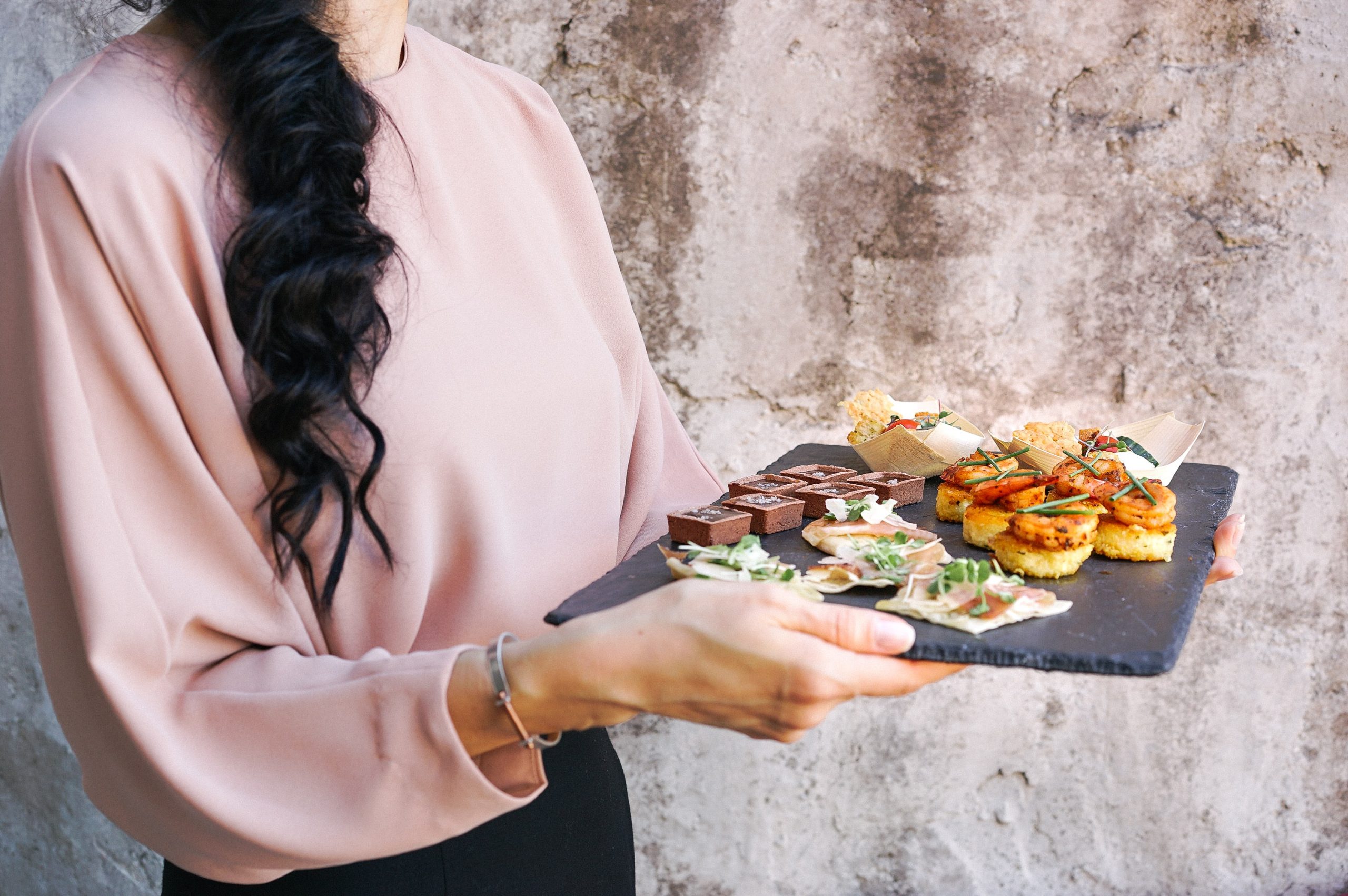 I switched my family of 4 to mostly meatless “vegetarian” meals ONE YEAR AGO. My husband and I are in our 40’s, and my boys are now 5 and 7. Honestly, there was no grand scheme. I wanted to try it for a week, and it turned into a month. Fast forward one year later, and there’s no plans to switch back! By changing the habit of feeling like meat needed to be in every meal, we’ve changed the way we live forever.

(Pssst: If you’re a Costco lover, check out my Costco Shopping List for Vegetarian Parents! It has everything you need to get you off on the right foot!)

What I learned after a year of feeding my family vegetarian meals is that moms can make HUGE POSITIVE lifestyle choices for our families just by choosing NOT to please everyone all the time and by reframing our family’s food habits.

Moms Cater Too Much

Here’s the thing about parenting—it often leaves you feeling like you’re a concierge. This is why moms feel so freaking burned out all the time. We’re always SO concerned that everyone in the family is getting what they want, when they want, and how they want it. It’s exhausting.

Every kid has food likes, dislikes, preferred ways to eat, etc. When you’re juggling all these preferences with one kid it’s hard enough. But, when you have two or more–it gets ridiculous fast.

In the end, I was the one who’s preferences got shut out of the equation. I’m a lover of all things veggie, and I was tired of going along to get along. I think that’s one of the main reasons why I switched everyone over to vegetarian meals.

I was tired of catering. And, it was time for me to get mine.

I didn’t tell my husband or my kids about my grand scheme to go vegetarian. Why? Well, because that would’ve been a waste of my time. Who needs that kind of whining and backlash? Not me.

Besides, I am the shopper, prepper, and short order cook around here. What could anyone do about it….really?

So, I decided to go old school and feed my kids the way my grandmother fed hers—eat or STARVE. And, with one decision, I cut all that BS out. And, (eventually) all the troops fell in line.

Meat Is a Treat

Okay, so we do a MOSTLY meatless diet. That means about 20% of our days are meaty. We still grill burgers, eat pepperoni, and devour ham—we just do it occasionally.  And when we do, we ALL appreciate it.

I mean, when you haven’t eaten a steak in two or three months, and then you take a bite into that unctuous meatiness…OMG it’s like the heavens themselves opened up just for you.

Isn’t that how it should be?

The world is obsessed with putting chicken in every single dinner and processed meats in every lunchbox. We have habituated ourselves to believe that this is how it’s done.

But, it’s screwing our bodies up!

For example, my husband was raised (as all 80’s kids were) to eat mostly from the middle isles of the grocery store. I won’t get on my soapbox for long…But, let me just say, our family has dealt with the crazy reality of colon cancer first hand. And, it AIN’T pretty.

I truly believe that the combo of too much meat, processed foods, and too few whole foods is the primary culprit. So, that’s really why I pulled the plug on the whole “meat everyday” thing. For me, and for our family, it just made so much sense.

The main thing I learned from this year-long venture is that everyone can be fully satisfied with veggie dishes. I mean, it’s not all temph and alfalfa sprouts. For example, black bean (or veggie crumble) tacos are just as satisfying as ground turkey or beef. Veggie chili is just as hearty as meat.

As a matter of fact, veggie chili is now the #1 requested dish at my house. Everyone devours it—even though (ultimately) it’s just a giant bowl of veggies.

What I love about going MOSTLY meatless is that I’m not trying to deprive my family of the glory of meat–because it is GLORIOUS. I’m just trying to slow the volume down a bit. I’m trying to adjust their habit of feeling like they need meat in every meal for it to be satisfying.

And, looking back on the last year, I feel like I’ve been way more successful with that then I ever thought possible. (My Costco shopping list has been a lifesaver! It keeps me focused and in budget!)

Eating mostly vegetarian meals means that everyone’s digestive system is on the up-and-up! We’re all right as rain around here. But, when we do fall off the veggie wagon and have a “bender” weekend filled with meat and bread—oh, lord. Everyone’s system gets SO out of whack.

In just two days, you can totally tell the difference in your body. If you’re used to eating mostly vegetarian (and mostly whole foods), then two days of greasy, white bread filled, processed “middle-isle” food will freak your body out.

It’s NOT good times. But, upside–it makes it that much easier to hop right back on that veggie bandwagon!

Over the past year, what I’ve LOVED seeing is that my kids WANT to eat fruits and veggies way more than I thought. Even my pickiest of eaters (and TRUE carnivore) eats his salad first EVERY SINGLE TIME we have it as a side.

They’ve also become way more adventurous with their food choices. Instead of always asking for pizza at dinner, they now ask for things they know I’ll actually make. For example, they’ll ask for my veggie lasagna, taquitos (made with garbanzo beans), or even Morning Star “Chicken” Sandwiches. ALL VEGETARIAN MEALS!

Who knew? I mean, seriously. We are all trained to think that kids are going to push back so much on anything that’s good for them. It’s almost like we bring their pickiness to fruition because we anticipate it SO MUCH.

But, to bring this full circle, I think we are just catering to their wants too much. I think we’re bending over backwards to make them feel…well, happy. In reality, they’ll actually come around to what we provide. Even if it’s just veggies.

I have the proof. I’ve done it. I’ve seen it happen.

And, honestly, it’s a moment of pride for me when they get jazzed about one of my new meatless meal concoctions.

Any Family Can Go Vegetarian(ish)

After one year of working out the kinks in my own family with this whole foray into vegetarianism-ish lifestyle, the take-away is that ANY FAMILY CAN DO THIS. My one piece of advice for you is DON’T make your decisions by committee.

If you’re the grocery shopper, primary meal prepper, and cook in your home, then just make the choice and go for it. Don’t ask for permission or try to get ANYONE on board.

Try it for ONE week. Just plan out ahead of time a list of dinners for the week. Stick with just vegetarian dinners for one week. And, put the experiment to the test.

This is NOT rocket science. There are so many veggie options at the store that help ease the transition. You can totally do this. If you need some inspiration, get my Costco Shopping List for Vegetarian Parents!

Besides, what’s the harm? One week of veggie meals is a great for everyone (even if it doesn’t stick). And, it may just inspire you to do MORE with veggies, MORE frequently, and with MORE enthusiasm. That’s a WIN. Take the WIN.

If you want to try going meatless but just can’t pull the trigger, what’s stopping you? Let me know in the comments below!

Want to remember this? Post How I Got My family to Eat Vegetarian for A Year & What Happened to your favorite Pinterest Board! 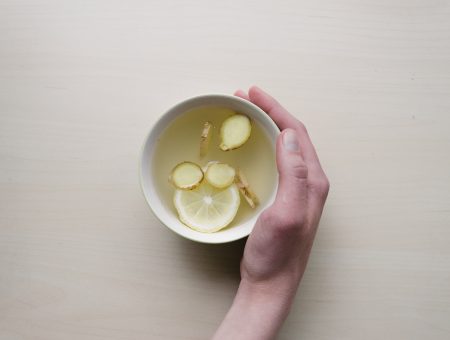 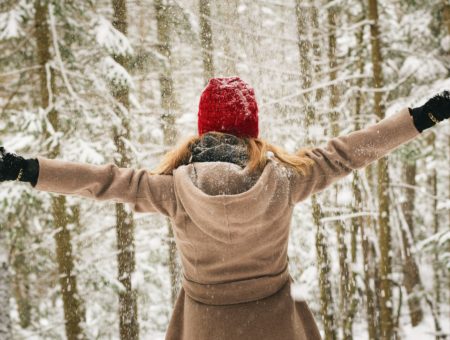 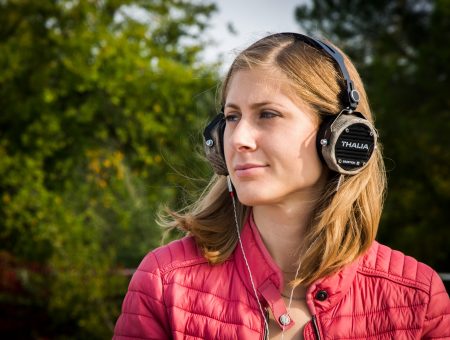 Best Podcasts for Stay At Home Moms Who Need A Freaking...